“It would've taken me longer to get my house without Veridian.” – DaNesha

There was a surprise waiting for DaNesha Arceneaux before she and her daughters could move into their new home: closing costs.

She and her three girls, Niyah, Sanai and Stevye J., were renting while a house was being built for them through Habitat for Humanity.

“It was a struggle to make ends meet, to say the least,” DaNesha said. “And just to be able to not only provide for my kids, shelterwise, but also the other necessities that they needed.”

DaNesha was putting in sweat equity during construction, but a change in policy meant she was the first area enrollee who would also have to provide closing costs.

“I was nervous,” she said, after finding out only a few months before her closing date.

That’s when she turned to Veridian’s Community Inclusion Department for help. “I was banking with you guys,” DaNesha said. “I feel absolutely welcome. It just made it easier, you know. I've already built that relationship.”

LeKeisha Veasley helped DaNesha set up an individual development account, or IDA. DaNesha saved money over six months in her IDA, which Veridian then matched through a grant. She used that money for closing costs and was able to move her girls into their new home in January, only a month behind schedule.

Without Veridian, “it would've taken me longer to save up the money,” DaNesha said. “So thank you. If it wasn't for the IDA program, it probably would have been summer or even winter before I was able to afford it.”

DaNesha credited both LeKeisha and Angela Weekley, Community Inclusion manager, for their help.

“LeKeisha and Angie both have a big impact in the community, so I've known them for a very long time. It made it just a little bit easier,” she said. “They were always informative and able to help, so it was awesome working with them.”

Now that they’ve settled in, DaNesha spends her time taking her daughters to basketball, volleyball, soccer and gymnastics practices instead of swinging a hammer.

“Owning your own home is a blessing,” DaNesha said. “This is a place where we'll make memories, you know, for the rest of our lives.

“This is somewhere that is stability for my kids. It's safe, it's clean, it's comfortable. So that's the best part of it is just them having that their own space that they can call their own.” 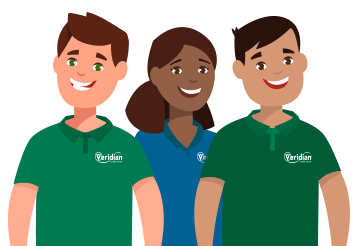 • Learn how your credit score is calculated.

• Get strategies to pay your debt off faster.

• Read tips on creating a spending plan that works.

• Learn how you can start preparing to own a home.

• Here's some advice if you're planning to buy a car. 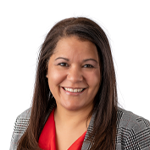 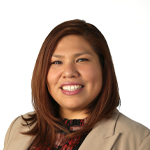 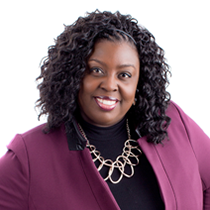 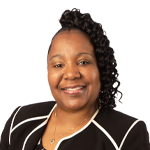